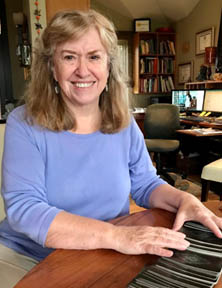 Toni Gilbert in the Temple of Claire
by Sara J. Judy

As I began to write this, my conscious mind was going over the list of things that might be of interest to those who know me and my work. Then I took a hit of pot (which helps me move away from linear thinking) and realized I had more to say than I thought.

When I write, I imagine that I’m speaking to good friends; people who want to hear about my accomplishments and my insights for the year. My ruminations are then posted on social media for anyone to see and enjoy.

Looking at my previous post, it’s been over a year since I posted a note to…whomever wants to know. But then I don’t have much need for a blog other than it helps me organize my years with written logs. If not for my blog, my information would be here and there and everywhere. I keep several handwritten journals but I’m not organized. I don’t have a strong need for a blog for communicating when I have several other means: phone, e-mail, Facebook and a web site www.tonigilbert.com

So, that said, I have several things to show and tell: My studies in Druidry, an article for Beginnings along with a little history, and a visit to Breitenbush. 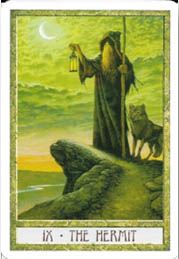 Druidry has been one of my educational undertakings for the last several years. The ancient Druids were the shaman of Northern Europe. Due to the lack of artificial lights, grocery stores, central heating and screens, they were immersed in Nature and were skilled in the art of living with Nature. The Druids didn’t have a written language and so didn’t leave us scripts of their philosophies. They weren’t an organized religion with rules that you must obey or you won’t get blessed at the Sunday service. As one who studies archetypal psychology, I see the same energies at work in the ancient world as are here today. Looking back at history I can say that here is truly nothing new under the sun. The Druids of old where the leaders, the priests, the healers and probably warriors. They were the talented few… that every generation has…and that stand out because of the values they espouse, their personal level of development and the magic that happens around them.

There are a couple of Druidry groups on Facebook that I joined to gain a better knowledge of the perspectives of people who are practicing Druidry in this time. From this group, I learned about a couple of books on the subject. “The Path of Druidry: Walking the Ancient Green Way” by Penny Billington and “The Book of Hedge Druidry: A complete Guide for the Solitary Seeker” by Joanna Van Der Hoeven. My favorite Tarot Deck at the moment, and for the last few years, is “The Druid Craft Tarot:The Magic of Wicca and Druidry to guide your life” by Philip and Stephanie Carr-Gomm.

There are Druidry students who want to study with others and so there is a structure to their practices as they share in groups. Then there is a group of individuals who are more introverted and seek their wisdom in a different way.

My introduction into AHNA, in 1998, was quite magical and full of synchronicity. My mentor at  the Oregon Board of Nursing, Mary Amdall Thompson told me to seek out a woman named Linda Schaffer as she was a nursing instructor in Portland who is also interested in integrating the healing arts into medicine. I noted her info but didn’t have time to seek her out because I had to go the AHNA conference in Washington state.

At the conference, while I was unloading my suitcase in my room, my roommate was doing the same. We didn’t know each other and so we took a moment for introductions. We were both astonished to learn that she, Linda, was someone that I was to seek out next in my journey outside the mainstream nursing world. (We later visited extensively and a few years later, I gave her a healing session the day before she died.) We then went our separate ways during the conference but three times ended up in line next to each other. There were more interesting connections made, but the last part of my story was the best: As I was walking to the parking lot, one of the conference speakers was walking in the same direction and because we were the only ones on the sidewalk, we walked and talked together. She lived in Washington and like me was returning to her car. She was taller than me and blonde. She and I didn’t meet again for several years, but that woman could only have been my friend, Lynn Keegan one of the founders of holistic nursing. 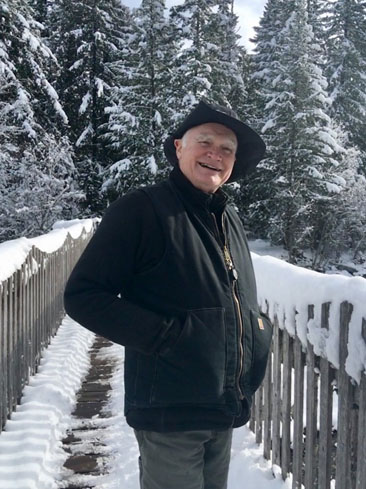 A year and a half after the big fire, I was able to get to Breitenbush. Peter Moore, a friend at Breitenbush and I made a date to meet since it had been years since our last get-together. On my way to BHS, I turned out onto the main road at Mill City and started up the mountain. I noticed a car behind me. I turned at Detroit to go to BHS and so did the car. The vehicle stayed behind me all the way so I figured we were both going to BHS. Due to the road closure, you can get a ticket if you are on that road and don’t have a reservation.

Peter had e-mailed for me to go to the staff side of the river to his house. I hadn’t been to that side of the river with my car in years and wasn’t sure where the road was so I pulled over to follow the car that was behind me. The car parked and I pulled up to ask the whereabouts of Peter’s house. And…lo and behold…it was Peter! Interestingly, there was also an empty parking spot…beside where Peter had pulled in… for my car. We had a couple of hours of top-notch rapport sitting at his kitchen table. At one point he picked up a guitar and sang songs of his poetry.

Overall, my trip to BHS was an amazing experience and wildly interesting. The place is totally rearranged except for the lodge building and offices. The fire station is still there as well but all the little unique cabins are gone as are all the summer cabins. I didn’t get a chance to see the space of the summer cabins as it rained fiercely as I was about to walk into that area. And me without an umbrella. It’s just as well because I would have been depressed to see one of my favorite spots in Oregon gone….just gone. It was a hot fire in that area due to all the wood cabins and propane tanks. However, nearer to the lodge there are trees still standing but mostly you can see all the way to the river from the road. They are currently putting in infrastructure for future cabins…with a view to the mountains.

We have to accept that things change and then move on. Those who see with “new eyes” hold a vision that Breitenbush and the Summer Cabins will be better than before…